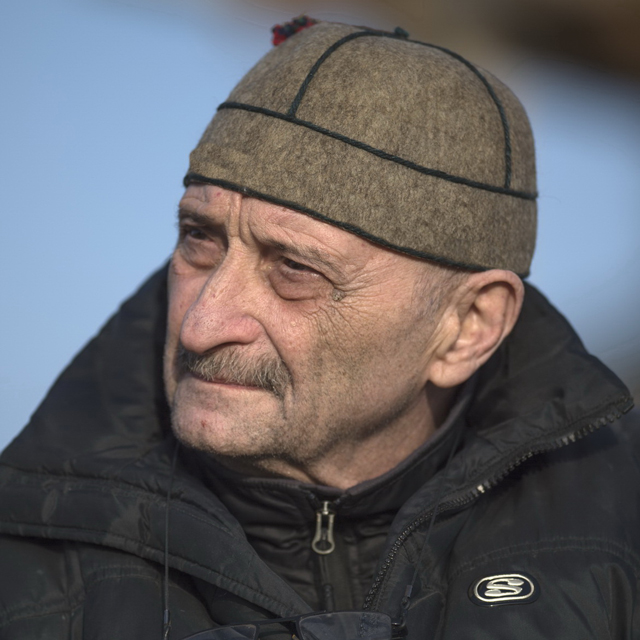 Education: neurophysiologist. Joined the Institute of Physiology of the Academy of Sciences of Georgia as a second year biology student of the Tbilisi State University in 1963, where worked on the physiological mechanisms of behavior. In 1972 got interested with the wolf behavior. In order to study the wolf behavior and conduct an experimental research, I decided to observe the wolf behavior in its natural habitat.   In 1974 I went to the woods where I managed a pack of wild wolves to grow accustomed to my presence, which I observed for two years. The time of actual observation totaled 1463 hours. I conducted further experimental work on 96 wolves which I bred in captivity from the first days of their lives, in order to answer the questions which arose during the observation of the behavior of wild wolves.  My research helped the development of the method of reintroduction of the captive-bred large carnivore mammals. Total of 22 (4 groups) of wolves have been released, which avoided domestic animals and humans.

Lecture at Wolf& Co 2020: Postnatal Development of the Wolf Behaviour

Abstract:
The data was acquired during the observation of five families of wild wolves which were habituated to the presence of the author. The author observed one of those families for 1500 hours and others for 300 hours. In addition, experiments were performed on 98 other wolves bred in captivity from the moment of birth.
For obvious reasons it is impossible to describe the neonatal behavior of the newly born wolf pups before they leave the den. It will be demonstrated as to how the parents help pups develop the predatory behavior and feeding skills. This takes place in four stages. In addition, the significance of the play behavior will be demonstrated not only for the development of the hunting behavior, but also for the social relationships. Furthermore, the significance of play will be shown in the development of the cognitive abilities typical for this species, which include: the ability of multiple task solving on extrapolation of the direction of movement, the ability to anticipate the result of one’s own action and the ability to estimate multitudes. It will be demonstrated how intense stashing of the food leftovers begin immediately before the birth of pups and how it stops when pups get seven months old.
Reactions developed by the time of birth were studied on the captive-bred wolf pups. The study will show all neonatal reactions facilitating the survival of the newly-borns. It was further discovered that because of the underdevelopment of brain, the newly-born pups lack the motivational system which would give them the sense of hunger of fullness and therefore they suck milk only because of the urge for realization of the sucking motorics. The brain’s motivational-emotional system develops by the second week after birth. The study will further demonstrate the significance of the feeding technique for the consequent development of the emotional resilience.