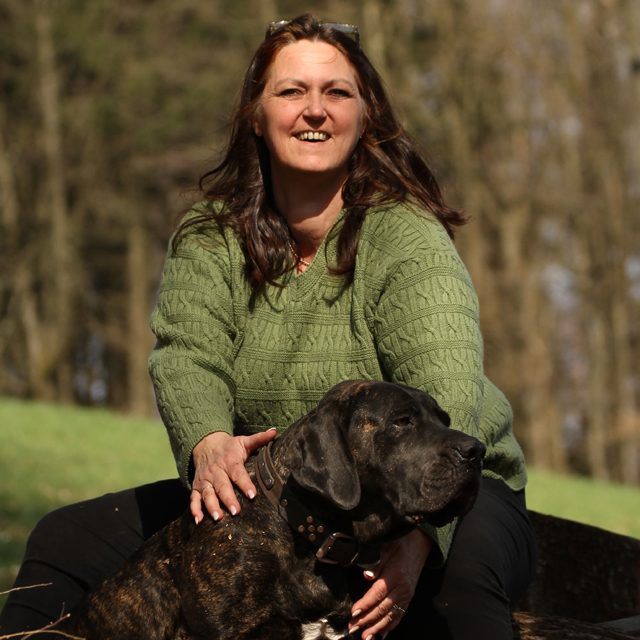 Ute Heberer is a veterinary assistant and has been running an animal shelter in Odenwald for almost 30 years. Group housing and the re-socialization of difficult shelter dogs are part of my area of ​​expertise.

As a part of the training for animal keepers, in consultations and in seminars, workshops and lectures for dog owners, dog trainers and employees of animal welfare associations, she imparts her knowledge about the behavior of dogs and about the rational and harmonic coexistence with humans.

After 4 years of study, she has been a CANIS graduate since 2007 (canine studies at CANIS – Center for Cynology).

She is a lecturer and examiner at KynoLogisch, a training facility for dog trainers, as well as for the specialist examinations according to § 11 of the Animal Welfare Act at the State Animal Protection Association of Hessen.

She has the approval according to § 11 TSG and I am certified by the Tierärztekammer Schleswig-Holstein.

What does resocialization / re-socialization mean and what are the ways to re-socialize dogs? Ute Heberer will show possible ways how to help the dogs and their people. But it also shows the limits of this work. She gives insights into her work with difficult dogs, for which she received the Hessian Animal Welfare Award in 2013. We learn what behavior dogs show that come into such a program based on numbers, data and facts, and how the behavior of dogs changes over time. Not all of these dogs are able to live in a normal household after the program. Why this is so and much more information is available in this lecture with many impressive pictures and films from her work.